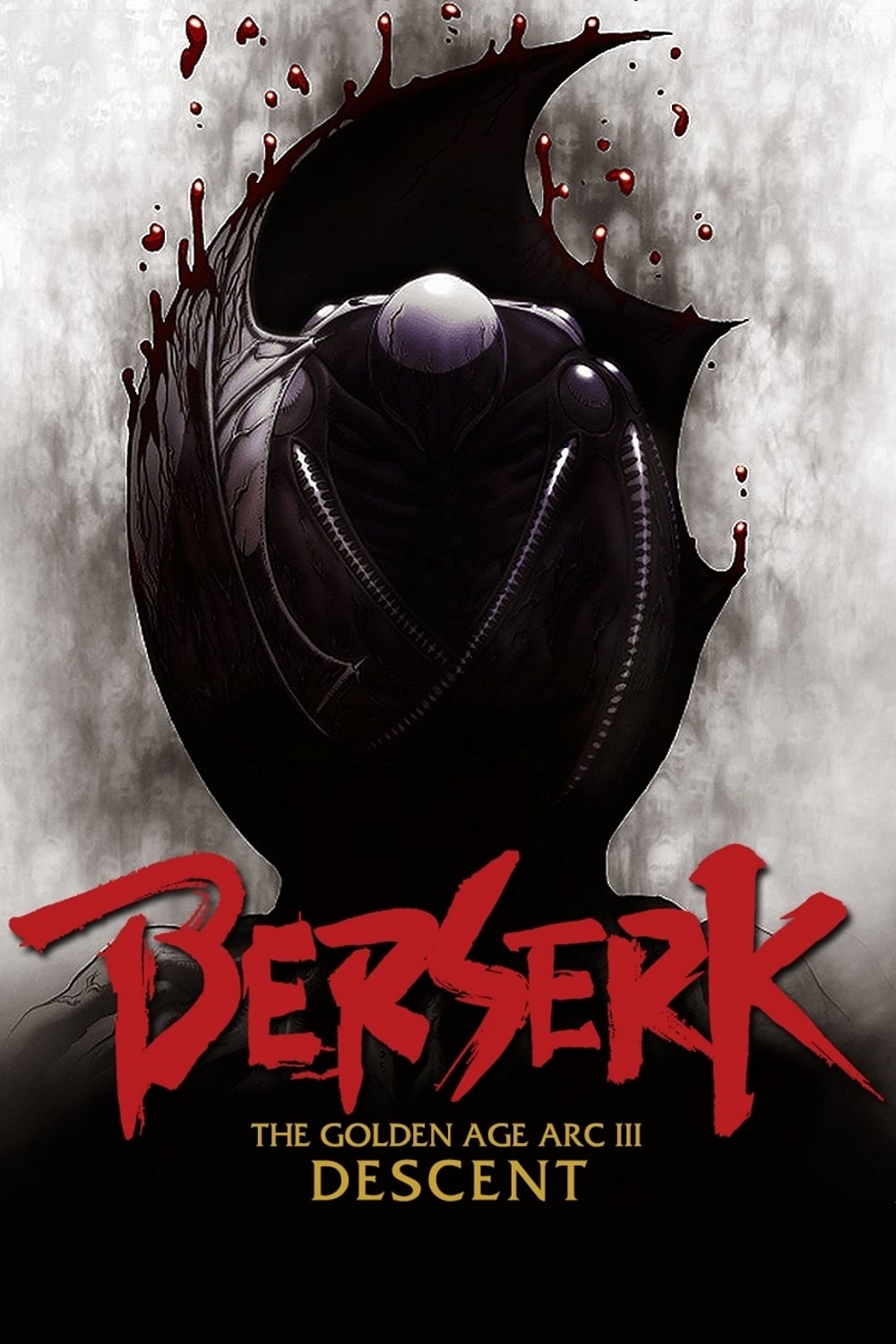 The 1997 Berserk anime is one of my all-time favourite shows. It is just plain fantastic in almost every way. It's story is simple but effective, it's characters well developed and the action is over the top in all the right ways. However, at this point, the show is fairly old, almost as old as me, and it hasn't exactly aged incredibly well. Whilst I'm sure it probably looks good, if not great, in the late 90s, nowadays it doesn't really hold up. That's where the Golden Arc Trilogy comes in. The three films (Egg of the King, Battle for Doldrey and The Advent) re-adapt the Golden Age arc from the Manga, covering the same arc that made up the 1997 series and makes numerous improvements over the 1997 classic.

The new animation in this show looks pretty good for the most part. Whilst almost anything nowadays would look better than a show produced in the 90s just by virtue of it being newer, this looks good even by today's standards. The animation is a mixture of traditional 2D animation and CGI 3D animation and whilst the 3D can take a little getting used to, it is fairly well implemented. Some of the CG in the first movie looks a little rough but improves in the second and third films and really makes the battle scenes look incredible in spots and is the biggest area of improvement over original show, where much of the animation for the battles was kind of poor and relied heavily on still frames if my memory serves me correct.

The story and characters in these films remain largely unchanged from the original show so there isn't a lot to talk in that regard. The story is quite a simple one but it serves its purpose and is quite effective. In both of its adaptations, Berserk is definitely more focused on its characters rather than its story and as so the story is more of a background element. The characters are still fantastic with the relationship between Guts, Casca and Griffith being the best part of the films and watching them evolve over the course of the three movies feels really natural. Where The Golden Arc Trilogy differs from the '97 series is its cuts. The original show was 24 episodes long whereas these movies combined running time isn't even 5 hours, so there were definitely a fair few cuts. It's been awhile since I've seen the original show so I can't remember everything but the only large cuts I noticed were the entirety of the first episode from the original show and the scenes showing what Guts was doing in the year he left the Hawks. I don't remember there being a whole lot of filler in the original series so there must be other significant cuts but I'm honestly not sure where. The story in the movies is still cohesive and doesn't waste any time so whatever they cut can't have been massively important. One part the show actually expands on is the ending, which is one thing I was really hoping they would do. The ending of the '97 Berserk anime is fairly poor, not because of the ending itself but because of how abrupt it is. The last movie goes on for about another 10 minutes, ending in a much more satisfying place.

Overall, these films do a fantastic job of taking the fantastic 1997 series and giving it a new lick of paint it whilst retaining everything else that made the original show so great.
9/10