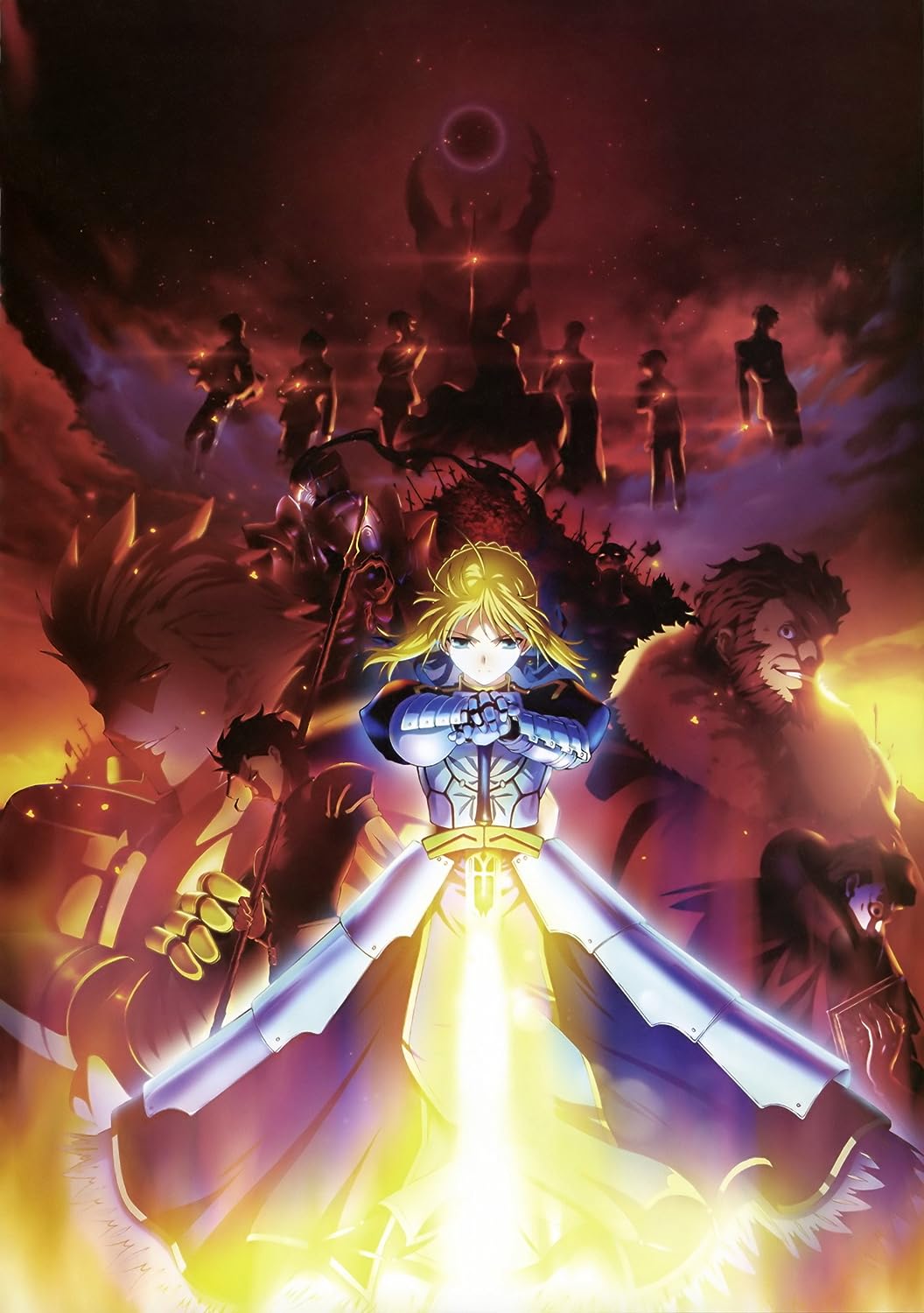 This was a show that I had been wanting to watch for a long time but I've always been a little intimidated by it. The type moon universe seemed so big and complex, spanning a tone of different light novels, visual novels and anime and this made always made me feel as if I probably shouldn't try. However, I bit the bullet, and watched Fate/Zero. Suffice to say, my worries were very much justified.

Fate/Zero is an excellent show but I found it to be quite overwhelming. First of all, this is one amazing looking show. It's probably not the best looking I've seen, but it's probably the best looking Action show I've seen. The battles were an absolute joy to watch. They were so incredibly well animated and choreographed and the fights in this were the highlight, easily some of the best I've seen in any anime. I wouldn't say this stretches to outside of the battle sequences, I found the characters could often look a bit muddled when they got a certain distance away, so it didn't always look fantastic, but it still looked good. I enjoyed the character designs quite a lot, they were quite varied (Although I thought that Kirei and Kiritsugu looked a little too similar) and visually appealing.

The characters, aside from the battle scenes, were where this show shines. The characters were very well fleshed out with the only exception being Caster and his master, who got relatively little screen time and development in comparison to everyone else. Most of this development happens in the first half of the series, so when characters start dying (I wouldn't consider this a spoiler since the premise of the show is essentially a battle royal scenario) you really feel for them. The deaths are all excellently pulled off too, giving most of the characters the send off's fitting for them.

The story, whilst simple in concept, provides a few twists and turns throughout in order to keep you watching. However, the story, in my opinion, is where the show starts to falter a bit. As I mentioned at the start, the show is quite overwhelming. Right from the off the show bombards you with new words and concepts but doesn't really take much time to explain them, most of the time offering a line or two at best. Now, I don't really feel comfortable taking away from my score because of this. I am aware that Fate/Stay Night probably explains a lot of the show and does a lot more world building, however, as someone who is watching this having never seen anything frame the type moon universe before, I found some of the concepts presented hard to follow. The last two episodes are the biggest offenders of this. I barely understood what was happening at all in the last half of Episode 24 and most of Episode 25. I'm not sure if that's because I haven't read the VN, because the show is legitimately confusing or because I'm an idiot. Any one could be valid but I honestly don't know which. I feel this is a show that could really benefit re-watch a few times just to fully grasp it. I had a lot of questions by the end that felt like they hadn't been answered, and probably won't be in Unlimited Blade Works.

Another issue I found with the show was the pacing. Across both Seasons of Fate/Zero there comes a point where it feels like the story comes to an absolute stand still. This doesn't mean the episodes are bad, they're not, but it got borderline boring when 2 or 3 episodes in a row where nothing but character building. Character building and development is important but when it's all in one go, it can be difficult to stomach. In the latter half of the show, the show straight up takes 2 episodes out to explain a character's backstory, right after a major development in the story. Having to wait 2 whole episodes to see the outcome was quite frustrating. If I was watching this whilst it was broadcasting, I think I would have went out of my mind.

All in all, Fate/Zero is a fantastic, if not a little flawed. I really enjoyed most of it, but I feel like it could have done with less episodes. It definitely throws you into the deep end in regardless to the type moon universe, and I'm not sure it was the best introduction to it. That being said, I'd still recommend it, despite it's flaws.
9/10