Noein: To Your Other Self Review 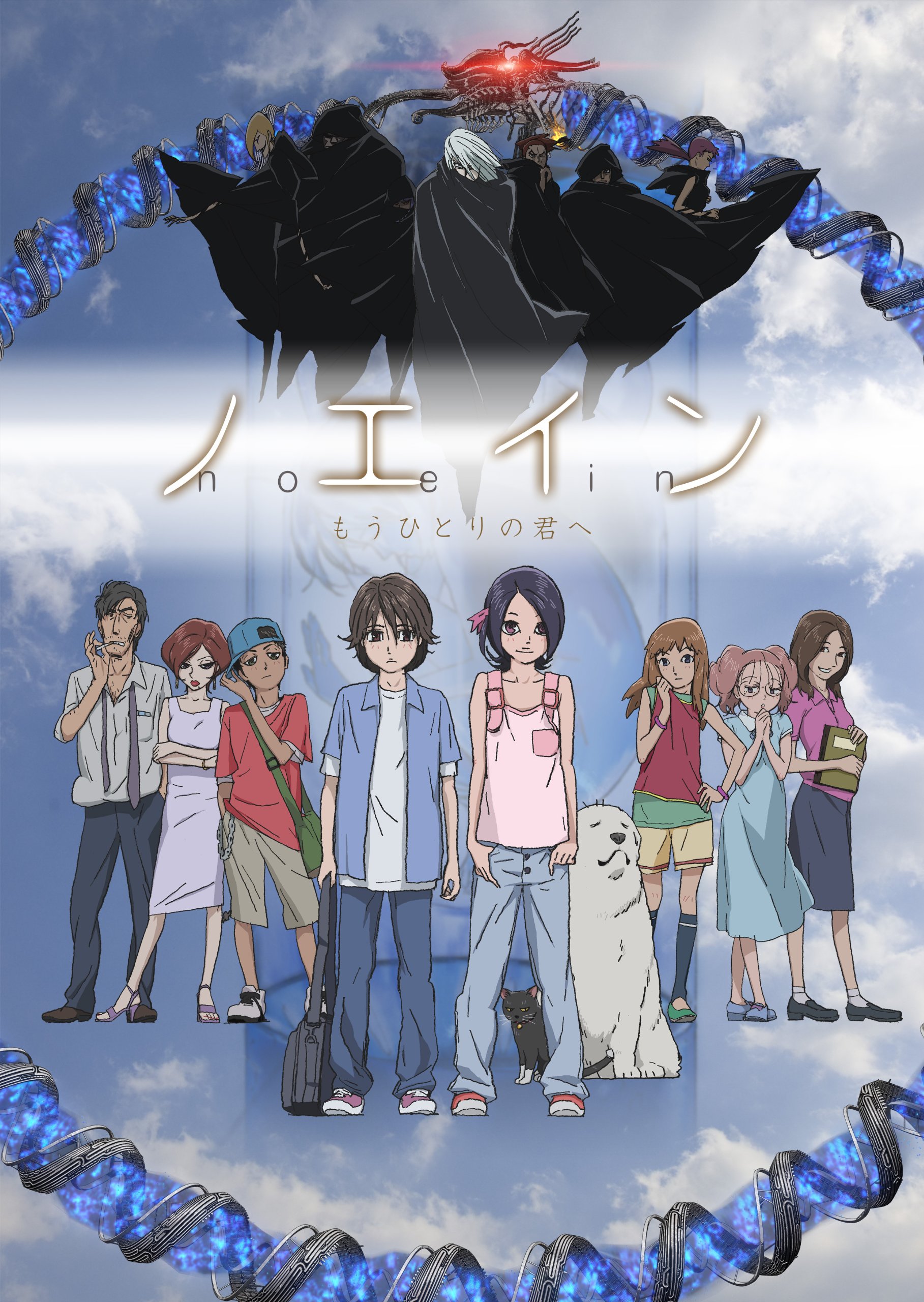 Genre mashups can be tricky business. If you can manage to pull it off, not only can you gain a larger audience, you also have the potential to create something truly unique and special. However, if you don't, it can be an unbalanced mess, and you'll end up not pleasing either crowd. I'm happy to report that Noein: To Your Other Self falls firmly in the success camp, being a fine example of how you can make a fantastic show out of two genres you might not think go together; Slice of Life and Sci-fi.

Yes-despite how odd the concept may sound, I actually think both genres are done justice and the execution on the whole is great. The more Slice of Life half of the story is about a group of average 12 year old kids living in a small Japanese town and is a very character driven coming of age story. In stark contrast to that, the other side is a sci-fi epic about a group of soldiers trying to put an end to an interdimensional war by searching time and space for the Dragon Torque; a weapon powerful enough to destroy their enemies. These two stories do feel very separate early on in the show but as it goes on, the stories begin to intertwine with one another and end up complimenting each other nicely. I hope this isn't too much of a spoiler but what really makes them gel with one another is that both sides of the story share cast members, with a lot of the characters from the future being adult versions of the kids in the present. Seeing the adult versions of these characters interact with their younger selves is pretty unique and adds depth to both the story and characters. I think that Noein manages to strike a really good balance between the two different genres it's tackling, with one not really overpowering the other, meaning I think that it will manage to please anyone coming in for either genre. I think the only issue is the fact some episodes are entirely focused on the Slice of Life and vice versa, so if someone has no interest in one side of the genre mash, they might be disinterested in some episodes. Something else I must say about Noein is the way it handles time travel is ingenious. Normally, time travel stories are massively prone to plot holes and inconsistencies that can often drag down a story if done improperly. Here, instead of just traveling through time, the characters travel through dimensions, meaning that anything someone does in the past can't mess up anything in their own future because they're different timelines. I'm surprised this hasn't been done before, or if it has, I'm surprised it doesn't crop up more often, because it's a brilliant solution to issues that plague time travel plots. If I did have one complaint about the story, it would be its tendency to have some slightly drawn out scenes that get a little bit too caught up in trying to explain the mechanics of the time travel. Honestly, it's fairly unnecessary, and doesn't really add anything barring some drawn out and fairly dull scenes.

As much as I don't want to repeat myself, the characters of Noein have quite a lot in common with a manga I recently reviewed, the gods lie. The reason I say this is because, much like in the gods lie, a lot of the reason why the characters are so great is the fact that the way their childhood is so relatable. The show tackles some problems that I think a lot of kids face, like what to do with their future, pressure to do well from their parents and the fear of being forgotten and growing apart from your childhood friends and I definitely think it makes you connect with these kids on a level that just wouldn't be possible if they were adults. That's not to say the characters aren't good in their own rights either, as I definitely think the characters themselves are fantastic. This has a lot to due with the relationships within the small group of friends that develops nicely over the show, mostly between Ai and Isami and Yuu and Haruka. My favourite relationship, however, is that between Miho, one of the kids, and Atori, one of the characters from the future. To say anymore would be a spoiler, but needless to say, I think it's really done well and gives Atori a fantastic character arc. In terms of characters, I think the only real complaint I had was with the male protagonist Yuu. Throughout a good two thirds of the show, he is such a massively miserable character and isn't enjoyable to watch in the least. I also don't think that his arc was very satisfying considering what his future self, Karasu, is like.

Despite being over a decade old at this point; I think the animation in Noein has actually aged pretty well. It does have some fairly poor looking CGI, which is generally par for the course considering its age, but apart from that Satelight, whose other works include Hellsing Ultimate andFairy Tale, give Noein a fairly unique artstyle that manages to stand out from the crowd in terms of Slice of Life shows. The animation does occasionally lack detail, which can be fairly ugly looking, but it doesn't happen often enough to really be distracting.

On the whole, I would definitely recommend Noein: To Your Other Self for anyone wanting a good Sci-fi show or a good Slice of Life show, as I think that it does a great job in both respects, as well as having a great cast of characters to boot.