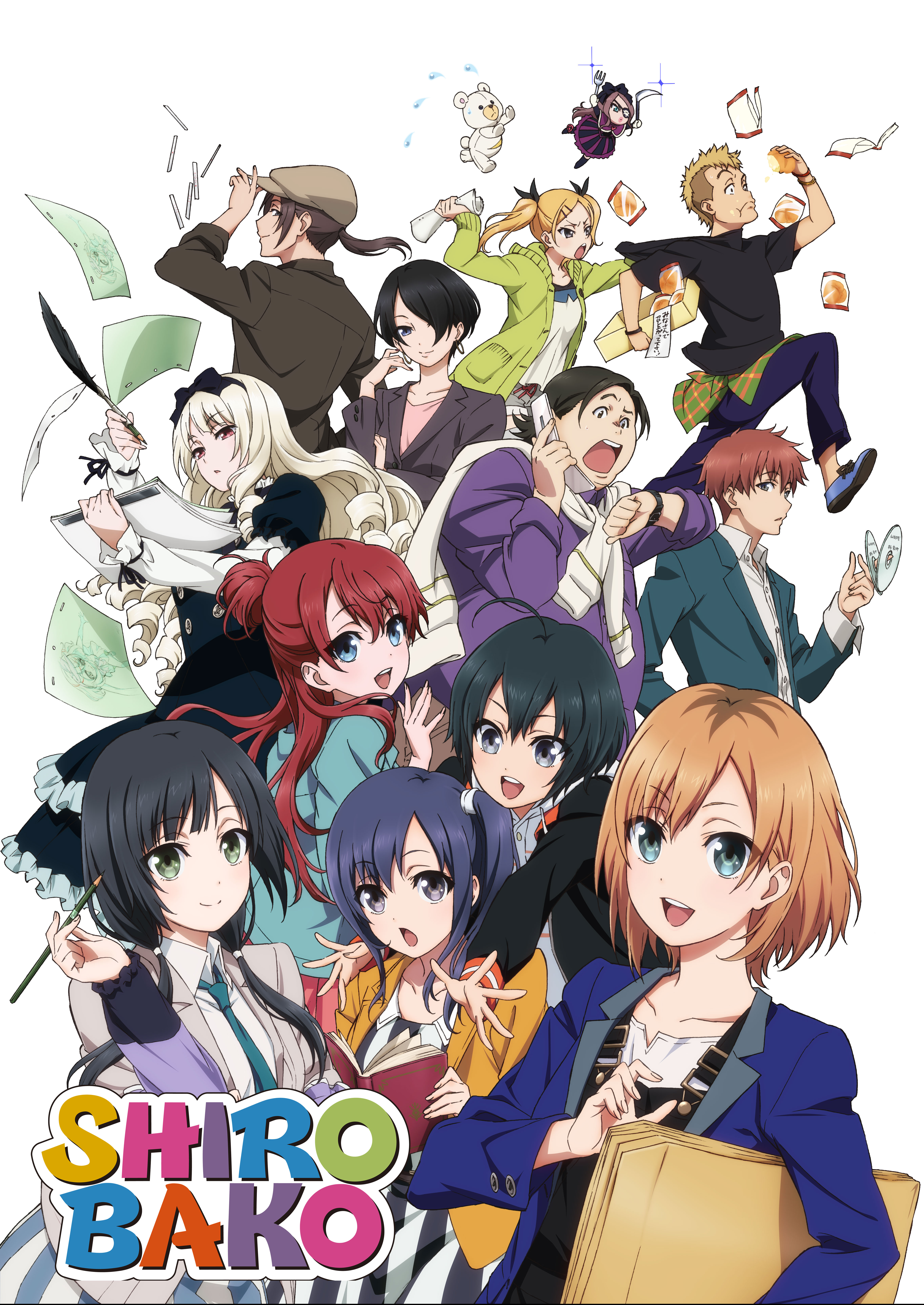 Really loved this show. Whilst this show probably isn't the first Anime to be about making Anime, it was the first I've seen and not only does the show feature a great cast of characters and good story, it also is great at giving you a look at how Anime is made. It's never something I've ever really considered before and this show really runs you though all of the trials and tribulations of creating Anime.

The best thing about this show is definitely it's characters. Despite having a fairly large cast, most of the characters receive some kind of background or development and they all are given their moment to shine. It does take some time to wrap your head around the amount of characters, especially when most of them are introduced in the first couple of episodes but I felt like by the end you really do feel attached to all of the characters after you see them work so hard to produce work that they love for 24 episodes. Obviously there are some characters who get more time to develop than others seeing as there are so many characters but I feel some characters did get shafted a bit. Misa and Midori could have used some more screen time and out of the 5 main girls I'd say they come off the worst in terms of screen time and development.

Another great aspect to the show that is great is the story and the insight into the creation of Anime it give you. As I mentioned before, the show really goes out of it's way to show all of the different issues that could plague a show during it's production. I hope that the two shows that were being made in Shirobako were extreme examples of what happens when creating Anime because there are a ton of issues that crop up that I wouldn't have ever considered might happen. The story also has a good pace, dividing up almost equal time to character development and to the actual story.

All in all, I'd say this show is a must watch, even for those who aren't necessarily into this kind of show. It really is a great experience to see how much effort, time and passion goes into the creation of Anime, and as much as I'm sure this isn't 100% reflective of what actually goes on during the production of Anime, I do hope it's at least somewhat representative.