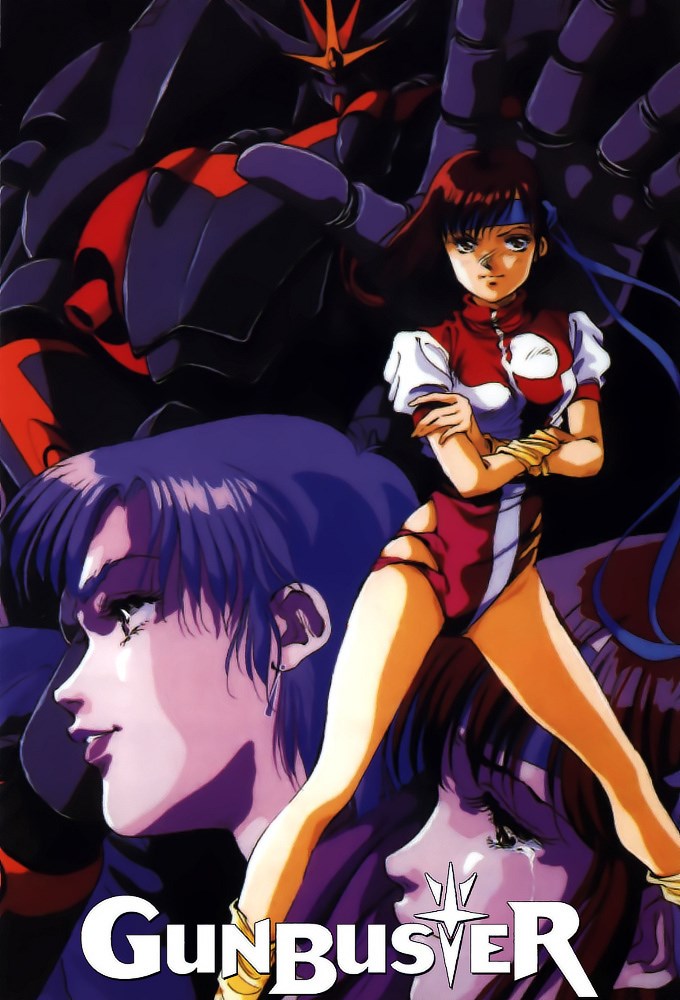 Often seen as the precursor to Evangelion, Gunbuster is the 1988 directorial debut of Hideaki Anno, the director behind Neon Genesis Evangelion and Nadia: The Secret of the Blue Water, and the 6 part OVA series that launched Gainax into the mainstream. Whilst it's quite easy to see the comparison's to Anno's later series in places, Gunbuster stands on its own as a classic in it's own right, and truly stands the test of time.

Set in the near future, Gunbuster is about Noriko, the daughter of a deceased space captain who died battling an alien force intent on wiping out mankind, who decides to enter a pilot training school. Despite her father, Noriko's talents as a pilot are questionable at best, with her being easily outclassed by her peers, including the talented and beautiful Kazumi Amano. If there is one element that's easiest to compare to Evangelion, it would be in it's protagonists. Whilst I don't think that Noriko and Shinji aren't identical character wise, with Evangelion going much farther with the darker elements of the character, both have somewhat of an inferiority complex and general feelings of inadequacy in comparison to their peers. Whilst I think Shinji is probably the more fleshed out character, I can't help but think I liked Noriko a lot more. Despite her feeling of inadequacy, Noriko is always trying to overcome her feelings and generally does a lot less moping around, which is inherently more entertaining to watch. Despite this , the more psychological element is still at play here, with a more realistic portrayal of combat, including PTSD, although it's still more in the background than in Eva. Noriko is probably my favourite part of Gunbuster, between her character and her general design, I felt like I could really emotionally connect to her, and she makes for a really good anchor for the story.

Despite how much I liked Noriko, I can't help but feel the other characters were slightly lacking in development. I would have especially liked to have seen more depth to Kazumi, who doesn't get much more than a rather crowbarred in romance subplot, which felt really half baked due to how little time Kazumi and her partner spent on screen together. Jung also felt a little underdeveloped too and could have done with having more done with her character. Generally, I think the reason why these characters don't really get much in terms of depth is mostly due to the episode count. At only 6 episodes, it really could have done with at least 10, if not 12 episodes to fully flesh out its cast of characters. I also felt like if it had more episodes, it would have improved the pacing, seeing as the story goes at a breakneck pace. If I did have one other minor complaint, it would be the lack of action sequences throughout the series. Now, I know that it's not meant to be an action show, however I loved the spattering of action sequences seen throughout the show and it left me wanting more. Although, if there were more, the few that are in there probably wouldn't look as nice, so maybe it's best left as is.

On the production side of things, Gunbuster is a gorgeous looking show. I'm generally not a huge fan of the look of older anime, but even I can appreciate just how fantastic this anime looks. The amount of detail, especially in some of the more action packed sequences, is incredible, and it's aged very well. My only regret is that I had to watch a poor quality DVD copy that looked like it was transferred from a VHS tape, as I think this would look superb on Blu Ray. As well as the animation, I also absolutely loved Kohei Tanaka's score for the series, which is wonderfully eclectic and just plain marvelous. I hear issues with the rights of some of the music is what's holding back Gunbuster from getting a new release and it would be a shame to see it get released but with an altered soundtrack.

On the whole, whilst not flawless, Gunbuster is still a fantastic anime that I could quite easily recommend to fans of sci-fi or space anime, just don't go into it expecting it to be Gundam.