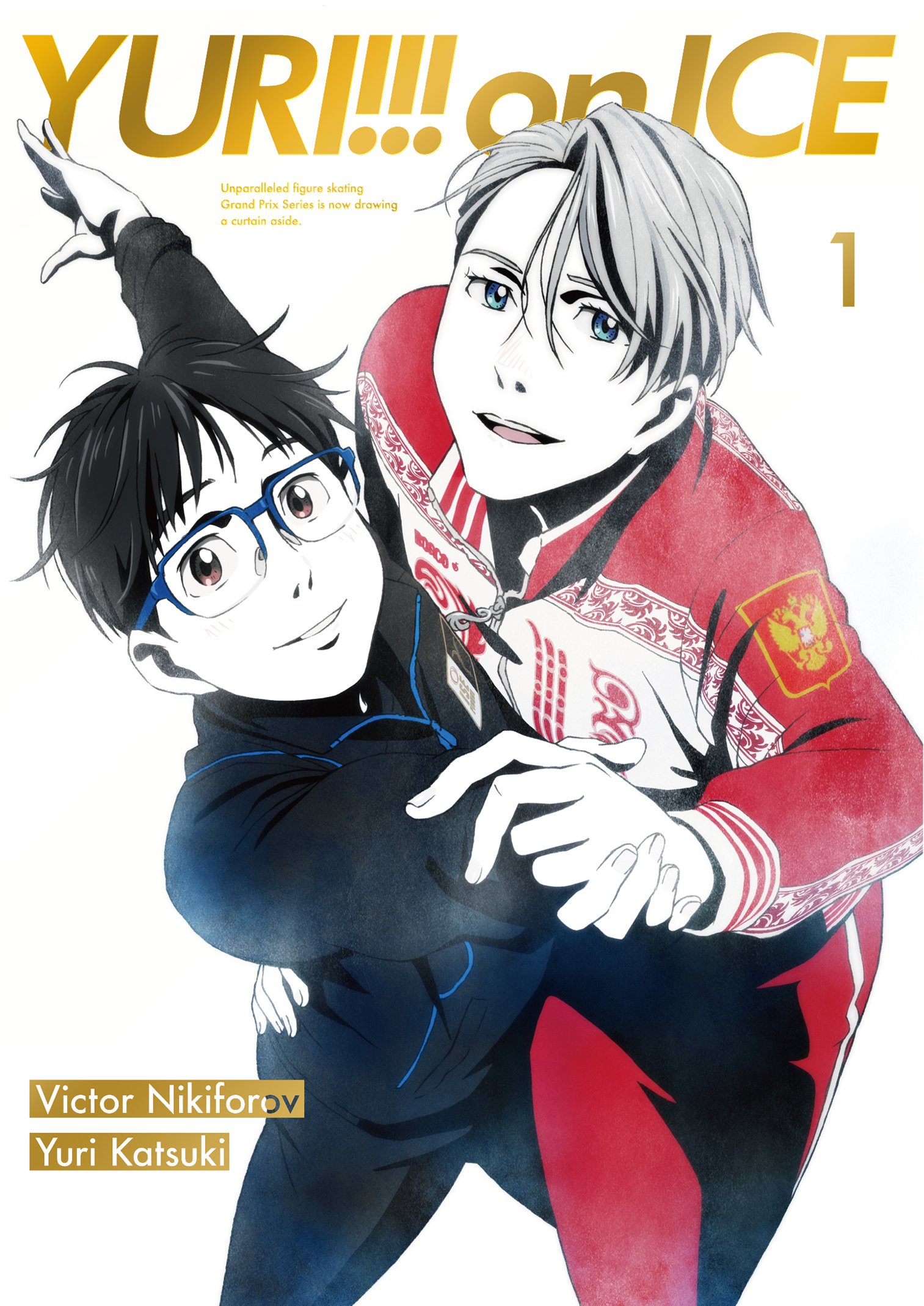 Yuri on Ice is an incredibly popular show at the minute, and to a lot of people it's their favourite anime of the Autumn. However, to me, it's the most bafflingly series I picked up this season. Not because of the show itself, but because of the rampant popularity. You see it topping the Crunchyroll popularity graphs and the MAL score is crazy high considering far better shows are currently sitting at less than an 8/10. Everywhere I turn, I see people pouring heaps and heaps of praise on this and I just do not understand it. Not only is it the worst show I'm watching out of all this season's crop, I'd almost certainly say it's the worst show I've seen of any season this year. I haven't liked it from the get go, but I gave it 6 episodes and it just still did nothing at all to impress me.

To get the massive elephant in the room out the way first, I didn't just dislike this anime because of the yaoi. I won't lie, I don't like yaoi, and I didn't like the yaoi aspects on display here in particular. I'm not a homophobe or anything like that, I think that goes without saying, or at least I'd like to think, but this kind of thing doesn't appeal to me. With that said, even if I distance myself from my bias, I still don't think the whole yaoi fan service thing works at all. I thought it was an incredibly distracting element, and the relationship between Yuri and Victor seemed mostly played for laughs. There were a couple of more genuine moments between the two but the bits that seemed to play the whole yaoi thing for laughs massively outweighed the more serious side of their relationship. This just comes across as mindless pandering to the fujo crowd and I'm surprised more people haven't called this show out on the endless bait. I'm not a huge fan of fan service aimed at straight men either, so perhaps the fact I don't like either kind of fan service gives me the perspective to see it for what it is, but the fact that most male aimed fan service shows get almost universally derided yet this is so popular comes across as a little hypocritical from the anime community as a whole. However, I digress.

As well as the rather disappointing relationship between the two lead characters, I must also say that I wasn't even a fan of the characters in this show to begin with. Having only seen the first 6 episodes, this is the one area where I think I can give the show the most slack, because there is still another 6 episodes or perhaps more, if there is a follow up season, to flesh these characters out a bit more than I saw here, but I thought each and everyone of them was not only lacking in the development side of things, but they weren't even massively likeable characters anyway. The Japanese Yuri, I felt, was just an incredibly boring character. I never really feel attached to him, and as such, I never felt any investment in the outcome of the ice skating events that occur throughout the show. Victor was just a total annoyance, and was always the one at the center of all the yaoi centric jokes that fell flat and felt like bait, and the Russian Yuri was just a plain unlikable jerk. I guess he might be some kind of tsundere type, but I didn't really see enough of him to come to that conclusion, and what I did see I really didn't like.

Perhaps the biggest crime committed by this show though is the fact it is boring. This was mainly the case in episodes 5 and 6, but the general direction of the series at that point was what made me decide to drop it now. The actual competition sequences on display here are just incredibly dull. I've been told this is just because I don't like ice skating, but I find that excuse to be a rather poor one at best. There are a ton of shows about subjects I wouldn't like outside of an anime that I love. I have less than zero interest in swimming, yet I still adore Free!, I don't like brass band music, yet Sound! Euphonium is one of my favourite shows of recent memory. Basically, just because I don't like ice skating doesn't mean that it's impossible for me to like an ice skating anime, yet I still ended up quite disliking this. The thing is, all of the ice skating routines by the various different contests all looked identical, but set to different music. I'm not saying they are all the same, but they feel all the same. There are only so many times I can watch a guy spin around in a sequined costume before they all start blending together in a blur of sameyness. Even the direction of these scenes feel identical to one another. If the director varied up the angles or added in some more interesting moves, even if the moves aren't realistic, it would have done a ton to help out in staving off my boredom.

Despite the fact I did end up heavily disliking this show, I will give credit where I think credit is due. This is my first time watching an anime by the studio MAPPA and I was generally quite impressed at the level of visuals on display here. It's not the best looking show I've ever seen in my life, but I'd certainly say the quality was above average, especially in the ice skating bits. They may have been dull as dishwater, but that doesn't mean they weren't pretty to look at! I also can't fault the voice acting in any way, that was also pretty great, and the opening, Time to Make History, was a song I begrudgingly started to like far more than I should, and the visuals of the opening were also top notch.

In the end, I don't think I'll ever see the appeal of Yuri on Ice. I gave it a fair shot, watching half of it, but at this point it just feels like masochism. Every week I'd hope I'd finally get it, but it just never happened. I am quite happy that so many people do seem to be loving this show, and I'm quite jealous of the fact they can get so much enjoyment out of it, but for me, I just genuinely can't stand it, and as such, I won't be watching any more of it.

Yuri on Ice is Streaming on Crunchyroll